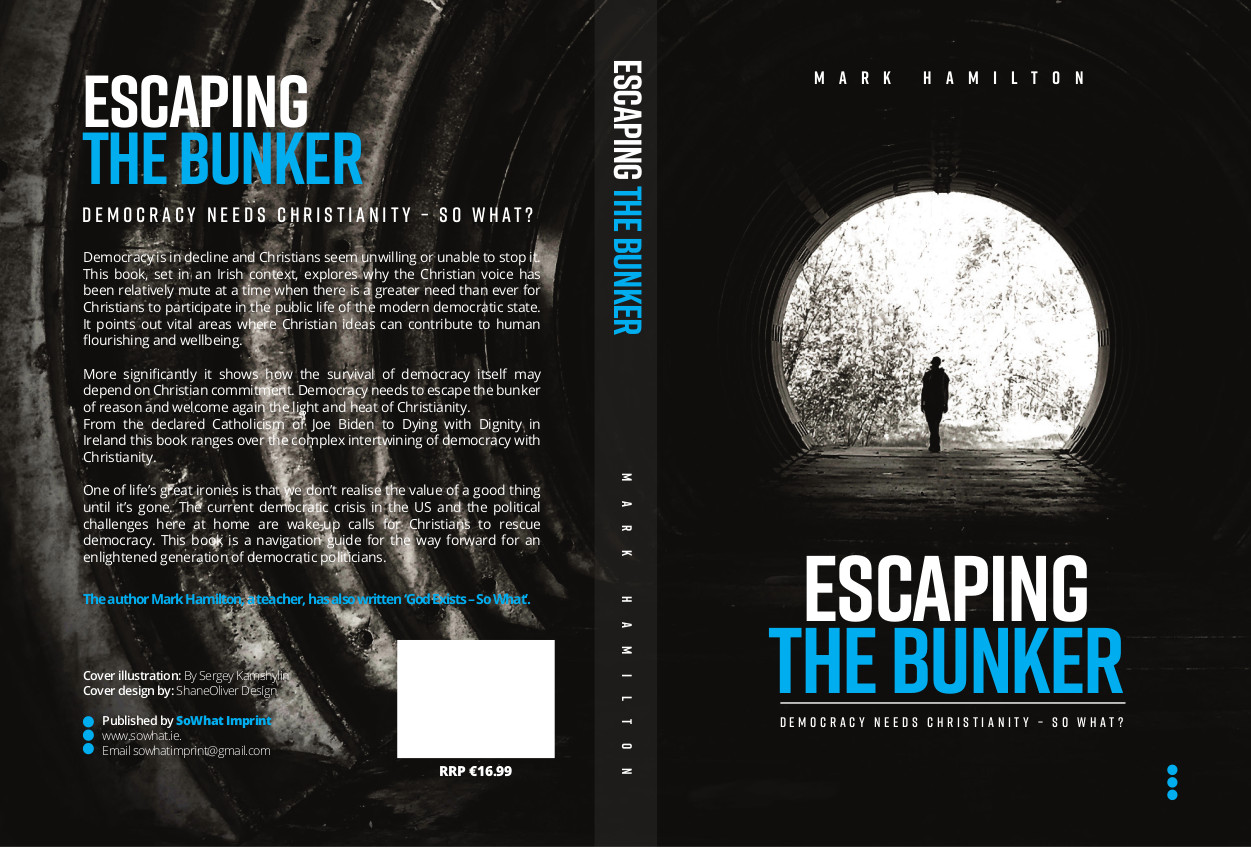 Democracy Needs Christianity – So What?

Democracy is in decline and Christians seem unwilling or unable to stop it. This book, set in an Irish context, explores why the Christian voice has been relatively mute at a time when there is a greater need than ever for Christians to participate in the public life of the modern democratic state. It points out vital areas where Christian ideas can contribute to human flourishing and well-being.

More significantly it shows how the survival of democracy itself may depend on Christian commitment. Democracy needs to escape the bunker of reason and welcome again the light and heat of Christianity.
From the declared Catholicism of Joe Biden to Dying with Dignity in Ireland this book ranges over the complex intertwining of democracy with Christianity.

One of life’s great ironies is that we don’t realise the value of a good thing until it’s gone. The current democratic crisis in the US and the political challenges here at home are wake-up calls for Christians to rescue democracy. This book is a navigation guide for the way forward for an enlightened generation of democratic politicians.

The author Mark Hamilton, a teacher, has also written ‘God Exists – So What’.